Please visit inova.org/weather for a running list of Inova's closures and delays due to winter weather.

When 8-months-pregnant Jihye Ha needed emergency care, the situation turned critical for her and the baby.

Throughout her pregnancy, Jihye seemed to be sailing through it without much difficulty or discomfort. But then, at 32 weeks, she began noticing a strange development. Her fingernails were turning blue.

Jihye also started feeling shortness of breath, sometimes so severe that she had to sleep in a chair, because lying down made it worse. When she went in for a prenatal checkup, it turned out her oxygen levels were alarmingly low. She went to the ER immediately, where she was diagnosed with severe pulmonary hypertension and right-side heart failure. This was caused by a hole in her heart, which hadn’t been detected before.

“It does not get any more serious than this,” said Oksana Shlobin, MD, Medical Director of Inova’s Pulmonary Hypertension Program. “Women who are diagnosed with the kind of condition that Jihye has are usually advised not to get pregnant, because there can be a 50-percent mortality rate for mother and baby. We all knew this needed to be handled with a lot of care, because the risks were incredibly high.”

The Inova team decided that the baby needed to be delivered immediately, but Jihye’s heart was so weak they feared she wouldn’t survive it, even with a cesarean section. That’s when they proposed placing her on ECMO as a way to support her heart and lungs and significantly lower the risk of going into cardiac arrest during delivery. This would be the first time the team had ever placed a pregnant woman on ECMO to safely deliver a baby.

“ It was definitely a very special moment for all of us to see the baby delivered safely. ” – Mehul Desai, MD, Medical Director, Critical Care, Inova Health System

ECMO uses a pump to circulate blood out of the body and into an artificial lung, where the blood is oxygenated and pumped back into the patient. It provides a way to replicate heart and lung function for people like Jihye, whose own organs can’t get enough oxygen into the bloodstream.

Although she was partially sedated, Jihye remembers feeling the tube in her mouth and could hear the concern of everyone around her, including her husband, J.D. The events of that day were such a whirlwind she barely registered what was happening, she recalled, but one moment stood out clearly.

“I thought I was going to die,” she remembered. “I prayed for God to give me just one more day to see my baby.”

“It was definitely a very special moment for all of us to see the baby delivered safely,” Dr. Desai said, but “we knew Jihye still needed a great deal of care before we felt that kind of relief about her health.”

Jihye went through weeks of difficulty, including bleeding in her lungs, severe pneumonia and resistance to all but the strongest antibiotics. Her respiratory system took longer to heal due to the bleeding and infections, said Erik Osborn, MD, a pulmonary critical care physician and Medical Director of Adult ECMO, Inova Health System

“It seemed like one life-threatening issue after another,” Dr. Osborn said. “And when we would take her off the breathing machine, her oxygen levels would drop back down, but putting her back on sedation and a breathing machine risked causing her heart to stop. It was very tricky and complex. Jihye was able to text complex sentences on her iPhone despite incredibly low oxygen levels, which helped reassure us that she was getting enough oxygen from ECMO.”

On the Road to Recovery

Little by little, Jihye improved, and baby Noah thrived during the two months she remained in the hospital. Everyone rallied around them – the nurses even threw her a baby shower. All the time, Jihye maintained her positive attitude and composure, which was so admirable, according to Dr. Shlobin.

“She’s extraordinary, and we all marveled at how she always maintained a great attitude and greeted everyone with a smile, no matter what she was going through,” Dr. Shlobin said. “This was a remarkable situation made even more notable because Jihye has a remarkable spirit.”

The delivery also showcased how adept Inova is at bringing in multiple specialists and departments to handle complicated cases like Jihye’s.

“Every ECMO case requires significant collaboration,” Dr. Desai said. “Every decision has to be made as a group, and the goal is always to get the patient headed toward recovery. We knew that despite a successful delivery, she still needed a great deal of support before her heart could fully support her.”

Following several months in the hospital, Jihye was discharged home.

“Jihye has continued to improve. Although she remains on a continuous prostanoid infusion to decrease pulmonary pressure and improve right ventricular function, she is now fully functional and is able to take care of Noah, who is a delightful toddler full of smiles,” said Dr. Shlobin, who is responsible for Jihye’s follow-up care.

“When I went back to see them, some of the doctors and nurses cried when they saw me,” Jihye said. “I feel lucky and happy to have them, and they all worked so hard for Noah and me. We are all so deeply grateful.” 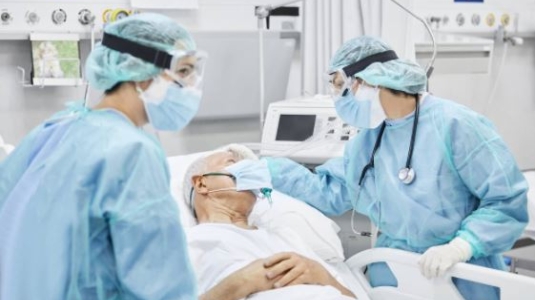 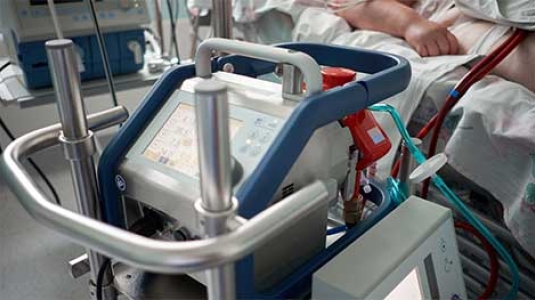 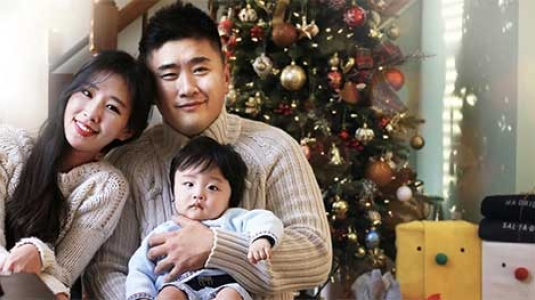