Parkinson's disease (or, simply, Parkinson's) is the most common form of parkinsonism, a group of motor system disorders. It is a slowly progressing, degenerative disease that is usually associated with the following symptoms, all of which result from the loss of dopamine-producing brain cells:

The specialists at Inova Parkinson's and Movement Disorders Center are highly trained experts in the diagnosis and treatment of Parkinson's disease and other parkinsonisms.

The specific cause of PD is unknown. However, medical experts believe the symptoms are related to a chemical imbalance in the brain caused by brain-cell death. Parkinson's disease is chronic (persists over a long period of time), and progressive (symptoms grow worse over time).

Although the disease may appear in younger patients (even teenagers), it usually affects people in late middle age. It is not contagious.

The biggest risk factor for developing PD is advancing age. The average age for the onset of PD is 60 years. In addition, 50 percent more men are affected than women, according to the National Institute of Neurological Disorders and Stroke.

Family history is another important risk factor. Individuals with a parent or sibling who are affected have approximately two times the chance of developing PD. This increased risk is most likely because of a combination of environmental and genetic factors.

Environmental causes are being researched and the strong consistent findings are that rural living, exposure to well water, and exposure to agricultural pesticides and herbicides are related to PD. It is important to remember, however, that these factors do not guarantee the development of PD, nor does their absence prevent it. Having one or more close relatives with PD increases one's risk of developing the disease; however, unless there is a known genetic mutation for PD present, the increased risk is only 2 to 5 percent.

Currently researchers believe that in most individuals the cause of PD is a combination of genetics and environmental exposure.

What Are the Four Primary Symptoms of PD?

The following are the most common symptoms of Parkinson's disease. However, each individual may experience symptoms differently. Symptoms may include:

The symptoms of Parkinson's disease may resemble other conditions or medical problems. Always consult your doctor for a diagnosis.

How is PD Diagnosed?

Making an accurate diagnosis in the early stages of Parkinson's disease can be difficult, as the beginning signs and symptoms may be considered to be indications of other conditions or the effects of normal aging. For this reason, observation of the patient may be required for some time until the symptoms are consistently present.

Currently, there are no blood or laboratory tests that are useful in the diagnosis of PD. Diagnosis of PD is based primarily on a medical history and thorough neurological examination. Brain scans and/or lab tests may be performed to help rule out other diseases or conditions, but brain scan generally will turn out to be normal with PD.

Methods to assist with the diagnosis of PD include:

It is important to be seen by a movement disorders specialist as early in the course of your condition as possible to receive maximum benefit from the available treatments and medications that can improve your quality of life now. Research has repeatedly shown that the earlier a patient sees a movement disorders specialist, the quicker their qualify of ife improves and the longer the benefit is sustained.

Contact Inova Parkinson's and Movement Disorders Center at 703-845-1500 to make an appointment with a Parkinson's expert or for more information.

Specific treatment for Parkinson's disease (PD) will be determined by your doctor based on:

Once the diagnosis of PD has been made, the next decision is whether a patient should receive medication based on his or her condition. No two patients react the same way to a given drug. It takes time and patience to find an appropriate medication and dosage to alleviate symptoms.

Based on the severity of the condition and the medical profile, your movement disorders specialist may recommend surgery as one treatment option for Parkinson's disease.

The primary surgery to treat Parkinson’s disease is called deep brain stimulation (DBS). It is aimed at helping the tremor or rigidity that comes with the disease and is performed by the movement disorders specialists at Inova.

DBS can help symptoms of Parkinson's, but it does not cure the disease or stop the progression of the disease. In some patients, surgery may decrease the amount of medication that is needed to control the symptoms.

With deep brain stimulation, a small electrode is placed in the critical parts of the brain that help to control movement. The electrode is attached to a small battery in the chest wall and is connected by wires that are placed under the skin. The stimulator is then turned on and interrupts the abnormal flow of information in the brain to help to decrease symptoms of Parkinson's disease.

Call Inova Parkinson's and Movement Disorders Center at 703-845-1500 for more information on specialty Parkinson's and parkinsonism care, as well as details about deep brain stimulation. 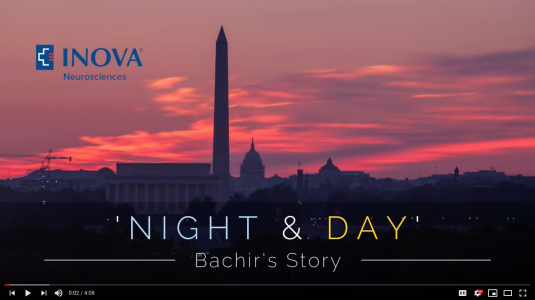 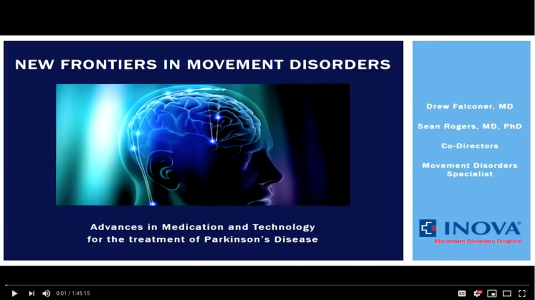