Find information about updates, cancellations and how Inova is taking the appropriate steps to protect the safety of our caregivers, patients, team members and the community.

Inova Loudoun Hospital has again been rated 5 out of 5 stars (the best possible rating) in the most recent Centers for Medicare & Medicaid Services (CMS) Five-Star Quality report.

Inova is the only health system in the country comprised of more than 3 hospitals where all are 5 star rated.

CMS, the top health agency of the federal government, created the Five-Star Quality Rating System as an evidence-based evaluation reflecting a hospital’s standard of care. The rating system is based on quality measurements that have real meaning for patient health and well-being, including safety, timeliness and effectiveness of care. 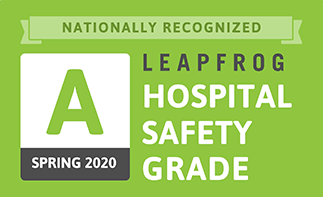 Straight A's since 2012! Inova Loudoun Hospital is one of only 36 hospitals nationwide to earn "straight A's" since the inception of the Leapfrog Hospital Safety Grade in 2012.

An "A" grade is one of the most meaningful honors a hospital can achieve, and one of the most valuable indicators for patients looking for a safe place to receive care. Developed under the guidance of an expert panel, the Leapfrog Hospital Safety Grade uses 27 measures of publicly available hospital safety data to assign A, B, C, D and F grades to approximately 2,600 U.S. hospitals twice per year. It is calculated by top patient safety experts, peer-reviewed, fully transparent and free to the public. 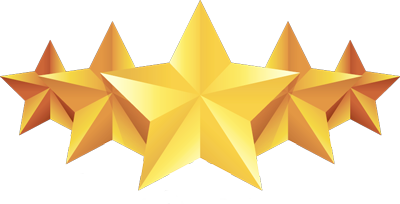 Inova Loudoun Hospital earned five out of five stars for quality by the Centers for Medicare & Medicaid Services (CMS), an independent government agency.

This recognition was earned through a rigorous analysis of 57 patient care standards that we exceed every day. It's Inova's ongoing commitment to personalized medicine that leads to better outcomes for our patients.

Inova Loudoun Hospital earned Magnet® status from the American Nurses' Credentialing Center (ANCC) for the third consecutive term. Magnet status is the highest institutional honor awarded for nursing excellence. Only 5 percent of the 6,000 hospitals in the United States have earned Magnet designation.

The AANC, an affiliate of the American Nurses Association, grants the status to hospitals that satisfy a set of criteria. The process for earning the status is lengthy and measures four years' worth of statistics to come to the determination. Inova Loudoun Hospital first earned Magnet status in May 2006; we were recertified in October 2011 and again in June 2016.

According to the Joint Commission of Accreditation of Healthcare Organizations, "Recognizing quality patient care and nursing excellence, the Magnet Recognition Program provides consumers with the ultimate benchmark to measure the quality of care they can expect to receive." 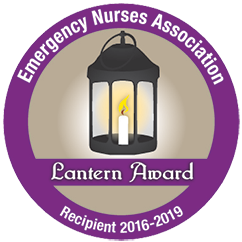 The award is a visible symbol of an emergency department's commitment to quality, presence of a healthy work environment and successful incorporation of evidence-based practice and innovation into emergency care.

In June 2018, the AACCN conferred a gold-level Beacon Award for Excellence on the Intensive Care Unit at Inova Loudoun Hospital. This is the 3rd Beacon designation for the Inova Loudoun ICU, and our first gold. We are one of only 108 units nationwide and the only unit within the Inova Health System to earn gold.

In February 2018, the American Association of Critical-Care Nurses (AACCN) awarded the Progressive Care Unit at Inova Loudoun Hospital with a silver-level Beacon Award for Excellence; this is the unit’s third consecutive designation.

The Medical Surgical Unit (MSU) at Inova Loudoun Hospital has received the prestigious AMSN PRISM Award®, a new honor recognizing exceptional nursing practice, leadership and outcomes in hospital medical-surgical units across the country. Inova Loudoun Hospital was one of only 16 hospitals in the U.S. to receive this honor in 2016.

Joint Commission Center of Excellence for Hip and Knee Replacement

Inova Loudoun Hospital has earned The Joint Commission’s Gold Seal of Approval® for spinal surgery by demonstrating compliance with The Joint Commission's national standards for healthcare quality and safety in hospitals. The Gold Seal is a symbol of quality that reflects our commitment to providing safe and effective patient care.

Inova Loudoun Hospital was re-certified in June 2017as a Joint Commission Certified Advanced Primary Stroke Center. Additionally, the Inova Emergency Room – Leesburg and Inova Emergency Room – Ashburn were certified as Acute Stroke Ready Hospitals (ASRH). Certification as an Advanced Primary Stroke Center and an Acute Stroke Ready Hospital is held by only a small percentage of hospitals nationwide. The Ashburn and Leesburg facilities are the 2nd and 3rd in the state of Virginia to achieve the ASRH designation.

Gold Plus and Target: Stroke Honor Roll Elite Plus

Inova Loudoun Hospital has again been recognized with the Gold Plus and Target: Stroke Honor Roll Elite Plus award by the American Heart Association and American Stroke Association. An advanced level of stroke recognition, it acknowledges hospitals for their compliance with the quality measures within the "Get With the Guidelines" Stroke Program.

Read more about the "Get with the Guidelines" stroke program.

Inova Loudoun Hospital is one of only 203 hospitals nationwide to receive the American College of Cardiology’s NCDR ACTION Registry Platinum Performance Achievement Award for 2018. This award reflects our commitment and success in implementing a higher standard of care for heart attack patients and that we’ve reached an aggressive goal of treating these patients to standard levels of care as outlined by the ACC and American Heart Association’s clinical guidelines and recommendations. 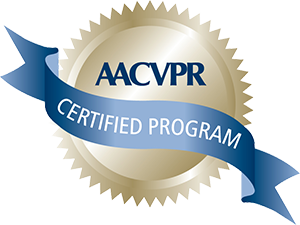 In 2018, Inova Loudoun Hospital's Cardiac and Pulmonary Rehabilitation program earned its fourth consecutive certification by the American Association of Cardiovascular and Pulmonary Rehabilitation (AACVRP). AACVPR program certification is the only peer-review accreditation process designed to review individual programs for adherence to standards and guidelines developed and published by the AACVPR and other professional societies. AACVPR-certified programs are recognized as leaders in the field of cardiovascular and pulmonary rehabilitation because they offer the most advanced practices available. This certification is valid for three years (2018 – 2021).

This award shows that Inova Loudoun Hospital met specific criteria and standards of performance for the quick and appropriate treatment of STEMI patients suffering from a severe type of heart attack.

The American College of Surgeons' Commission on Cancer honored Inova Loudoun Hospital with an Outstanding Achievement Award for cancer care in 2014, the second time the hospital has received the honor. Only 93 hospitals nationwide received this recognition for excellence in providing quality care to cancer patients.

NAPBC-accredited breast centers are leading organizations in their field and are dedicated to providing high quality care. To earn accreditation, a breast center must meet or exceed the NAPBC quality standards, pass an on-site visit every three years, and maintain high levels of excellence.

Our radiation oncology program is accredited as a center of excellence (APEx) by the American Society of Radiation Oncology (ASTRO). APEx accreditation demonstrates commitment to high standards of safety and quality in the practice of radiation and oncology and that we practice patient-centered care by promoting effective communication, coordinating treatment, and engaging patients and their families as partners in care.

Inova Loudoun Hospital is again the recipient of the annual Press Ganey Guardian of Excellence Award® for Patient Experience in Inpatient Pediatric Care. We achieved this distinction by reaching the 95th percentile for each reporting period in 2018. This is the fourth consecutive year (2015–2018) in which the Inova Loudoun Hospital Pediatric Inpatient Unit has received this award. 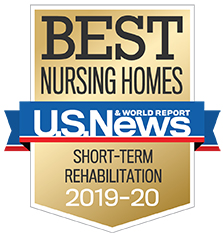 Inova Loudoun Nursing and Rehabilitation Center (ILNRC) is among the 19% of U.S. skilled nursing facilities that have been recognized as a Best Nursing Home for 2019-20 by U.S. News & World Report.

Our team earned Best Nursing Home status by achieving a rating of "high performing," the highest possible rating, for short-term rehabilitation. U.S. News gives the designation of Best Nursing Home only to those facilities that satisfy U.S. News’ assessment of the appropriate use of key services and consistent performance in quality measures.

Now in its 10th year, the U.S. News Best Nursing Homes ratings and profiles offer comprehensive information about care, safety, health inspections, staffing and more for nearly all of the nation’s 15,000-plus nursing homes. 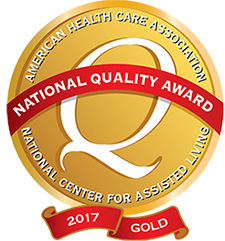 Inova Nursing and Rehabilitation Center – Leesburg earned a 2017 Gold – Excellence in Quality Award from the American Health Care Association and National Center for Assisted Living (AHCA/NCAL). This honor recognizes their superior performance in the long term and post-acute care profession. ILNRC was one of only three providers nationwide to receive the 2017 Gold – Excellence in Quality Award. Since the program’s inception in 1996, AHCA/NCAL has recognized only 31 organizations with awards at the Gold level, excluding this year's recipients. 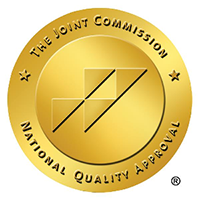 Inova Loudoun Hospital has earned The Joint Commission’s Gold Seal of Approval® for Perinatal Care Certification. We are thrilled to be one of only 64 hospitals currently certified nationwide – and, the only hospital certified in Virginia, Maryland and Washington DC.

This achievement reaffirms that our hospital is a leader in mother-baby care. Pursuing voluntary certification by The Joint Commission reflects our team’s unwavering commitment to continuously review and improve key aspects of our perinatal programs that can affect the quality and safety of our patients’ care.

International Board of Lactation Consultant Examiners

We are proud to have once again earned the Care Award from the International Board of Lactation Consultant Examiners. This means we employ only certified International Board Certified Lactation Consultants (IBCLCs) and have a dedicated lactation support program available 5-7 days a week. We also have demonstrated that we provide training for our nursing, medical and other staff that care for breastfeeding families, and have implemented special projects that promote, protect and support breastfeeding. Learn more about Inova Loudoun Hospital Lactation Center and Boutique 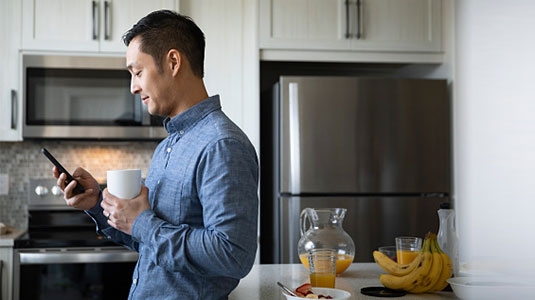 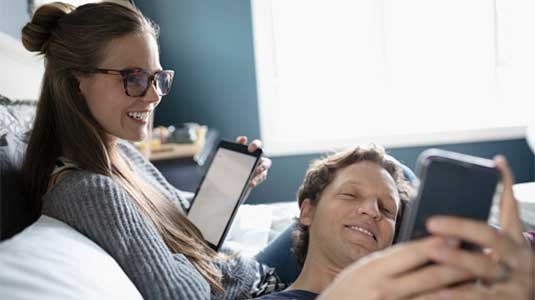 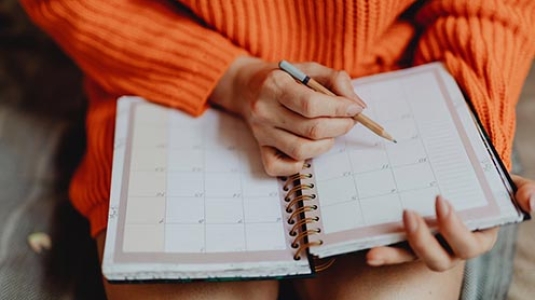