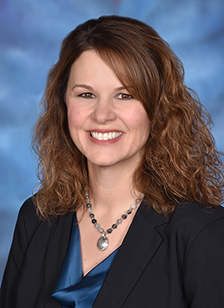 Inova Loudoun Hospital is proud to be pursuing our fourth designation as a Magnet recognized hospital in 2020. This journey highlights the excellence of our engaged nursing staff, quality outcomes, and ongoing innovation in healthcare delivery as our teams apply evidence-based practice and research to improving patient outcomes.

Most importantly, this aligns with Inova Health System's mission to provide world-class healthcare – every time, every touch – to each person in every community we have the privilege to serve.

Our nurses continue to demonstrate courage, commitment, and most importantly compassion as they work to achieve Inova’s core value of “Patient Always.”

I continue to be honored to work with such a dedicated team of talented nurses and thank them for their ongoing commitment to our profession, our team members, and our patients.

We are proud to be part of Inova Nursing.

What is Magnet Recognition?

Magnet Recognition® from the American Nurses Credentialing Center (ANCC) is the most prestigious distinction a healthcare organization can receive for nursing excellence and high-quality patient care. With only 9% of U.S. hospitals earning the Magnet designation, that is approximately 505 hospitals, it’s clearly a distinction to be proud of. Our Nursing Team is gratified to work at Inova Loudoun Hospital, appreciating the quality of care required to be called a Magnet Hospital.

What does Magnet Recognition mean to a hospitals' patients?

Today, patients are much more educated, informed and are seeking objective benchmarks that will aide them in choosing a health care provider. Studies have shown that Magnet Hospitals provide:

What does Magnet Recognition® mean to nurses and the hospital?

Magnet designation means that a “Magnet culture” has been created within the organization. This provides the professional nurse a working environment that actively promotes:

All five of Inova's hospitals have earned the highest quality rating from the CMS.
Learn More

We asked our ILH Nursing Team: What does working at a Magnet® hospital mean to you?

I work as a Mentor, Educator welcoming new nurses to ILH and assisting in orientating them to their units. When I discuss what it means to be a Magnet Hospital I tell them being employed at a Magnet hospital means that you are employed at a hospital that is nurse-friendly. It means that your voice as a nurse can be heard and that you are invited to the table to let your voice and opinions be heard about policy and procedure decisions. Magnet means that the nurses who actually do the work at the bedside can see a problem and are empowered with the autonomy to fix that problem. 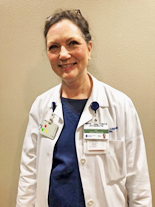 I appreciate the visibility of nursing leadership in a Magnet facility. My nursing leaders are present and accessible. Nursing is part of every significant decision made in this hospital – nurses sit on all committees and at the Board Room table. Our nursing practice is driven by nurses at the unit level; this is satisfying and empowering. We provide exceptional care to the patients in this community. Magnet is the designation we have earned for our amazing engagement and professional involvement. How fulfilling!

There are many reasons I appreciate being a part of an organization that is a Magnet Hospital. One is the push to continue my education. This not only provides personal growth but also gives me the competitive edge nurses need to stay current in practice and provide up-to-date care that is evidenced based. I recently finished my BSN program and this was largely due to Inova’s commitment to providing a higher level of care and to follow the guidelines of Magnet recognition. I am so proud that I have completed the program and am already looking to earn my Masters. Also, Magnet hospitals allow nurses to work within multi-disciplinary teams and therefore provide higher quality, patient-centered care. This is achieved by improving communication and collaboration among healthcare team members, to include the patient, during their hospital stay and provides a safer transition to home once discharged.

Being a Magnet-rated hospital benefits the community by providing a high-standard of care in an environment that also promotes nurse excellence. Nurses are at the forefront of patient care and are the faces of healthcare. Working in an environment where nurses are recognized and supported in the work they provide not only provides an empowering work environment, but also means the care we are providing is met with better patient outcomes, dedication to our staff, and most importantly, our community. 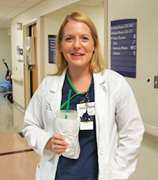 As a Clinical Nurse Specialist, one of my main responsibilities is to improve patient outcomes by ensuring nursing care is scientifically-based and up-to-date.

To me, working at a Magnet hospital means a continuous drive to improve and re-examine nursing practice, and not to do things in a certain way because “that’s the way we’ve always done it."

Our CNO, Dr. Marissa Jamarik, building on the work started in 2018, continued her monthly “Tea with the CNE” meeting where clinical nurses were invited each month to serve as consultants to the CNO on a variety of issues, including the creation of a suggestion box for sharing ideas and concerns. 2019 was a big year for professional development opportunities! A Nurse Leader Transition to Practice (NLTIP) program was initiated in April 2019, supporting and developing our new leaders through a six month program. In May, a new Succession Planning program was started, providing a more formal way of identifying staff interested in advancement opportunities. A new “Career Coaching” program, available to all nursing staff was launched in June 2019 where nurses can sign up for mentors to help guide them in their professional development. Our Ashburn HealthPlex received the prestigious Lantern Award in July 2019. A new Peer Feedback process began in July 2019 and the long awaited Pay for Performance program was launched at the end of 2019.

Nurses at all levels are included in Shared Governance and Unit Practice Councils. The councils are designed to improve nursing care and patient outcomes and foster the professional practice of nursing. In 2019, 14 nurses began their journey on the ADVANCE Clinical Ladder as RN3’s, and 28 nurses climbed the ladder to become an RN4. ILH currently has130 nurses participating in the ADVANCE program. 42 nurses became newly certified with an additional 15 nurses, 2 DNP’s, 3 MSN’s and 10 BSN’s receiving advanced degrees. The Professional Practice Council hosted the third annual Innovation in Healthcare Conference on November 8, 2019. The keynote speaker for this year’s event, Linda Allen-Benton, MS discussed Resilience in Healthcare. Topics presented included Workplace Violence, Sensory Friendly environments at Inova Loudoun Hospital, ICU Sleep Project and many others. In addition to the informative presentations, attendees also took part in an escape room experience! The Professional Practice Council also sponsors the quarterly “Did You Know” nursing newsletter with topics important to nursing featured in each issue. Approximately 35 nurses were able to attend professional conferences in 2019, such as the National Teaching Institute (NTI), Emergency Nurses Association Conference (ENA), ANCC National Magnet Conference, etc due to the philanthropic support of the Stavish Family.

New graduate nurses benefited from the implementation of the Vizient/AACN Nurse Residency program in 2018 with the graduation of 39 nurse residents in 2019. Our first year RN turnover has continued to decline with the addition of the clinical mentor role and the Vizient Nurse Residency program. ILH nursing has a distinction to be truly proud of—we went a full calendar year WITHOUT a single CAUTI! The majority of our units exceeded the Magnet mean for falls with injury, Hospital Acquired Pressure Injury (HAPI), Central Line Associated Blood Stream Infections (CLABSI) and CAUTI. In the 2018 National Database of Nursing Quality Indicators (NDNQI) Nursing Satisfaction survey, the majority of units exceeded the national magnet benchmarks in the 9 major domains of adequate staffing, manager/leadership, foundations for quality of care, participation in hospital affairs, autonomy, RN-RN interaction, Professional development opportunity/access and Interprofessional relationships.

The Video Discharge Instructions in the Spanish-Speaking Population research poster (referenced above) also won the ENA’s Best Research ePoster at the national level.