History and Development of Pacemaker Technology

History and Development of Pacemaker Technology

The evolution of the modern pacemaker is a wonderful story in the advancement of technology and our understanding about how the heart rhythm works. The first pacemaker was implanted in a person in 1958. It didn’t last very long, though that patient lived to age 88 and had 26 pacemakers in his lifetime.

Pacemakers entered the modern era in 1969 with the first lithium battery. A man landed on the moon the same year pacemakers had better batteries.

The first pacemakers paced only the ventricle, or bottom chamber of the heart. In fact, all they could do was generate a regular electrical pulse with no variation. The word "physiologic" was first used in pacing to describe a pacemaker that could sense the patient’s underlying rhythm, and not compete with it. It was called a "demand" pacemaker. It would only generate a pulse if the pacemaker sensed that the patient's own heart had not beat on its own.

But, that might help patients who have an atrium that can increase its rate in response to activity. For patients who have sinus node dysfunction, or the inability of the atrium to increase rate, pacemakers would pace only at a fixed rate, and would not increase the heart rate with activity.

The next step in the evolution was the "rate responsive pacemaker." This pacemaker used a piezoelectric crystal (the same kind of crystal as in a phonograph stylus). The crystal would bend or deform with body activity. This electrical signal could be used by a pacemaker to increase the heart rate with activity just like a normal heart. The crystal has long since been replaced by an "accelerometer" to reflect activity more accurately. There are also other sensors available for doing this.

The leadless pacemaker (offered at Inova) is but one more step in the evolution of the pacemaker. It is not dual chamber, but it can increase heart rate with activity. For patients with an irregular atrial rhythm (such as atrial fibrillation), it may be right choice. 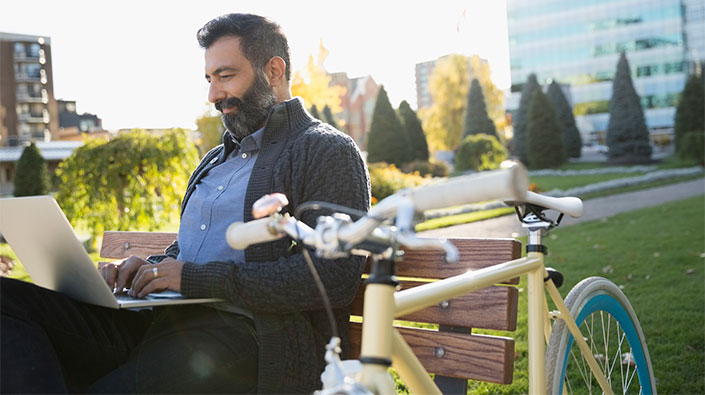 Are you ready to learn about your heart risk?
Get Started