Inova's Cardiac and Respiratory Failure Program treats an average of 140 critically ill children and adults each year, equating to a total of nearly 110,000 hours of support since the program's inception through the end of 2020.

We activate specialized response teams to provide timely decision-making and interventions crucial to survival when a patient is in cardiac or respiratory failure. By uniting experts from multiple disciplines and strictly adhering to proven protocols, we support patients in their most critical time of need with leading-edge care and technology.

Cardiogenic shock is a complex, life-threatening complication that most often happens due to a sudden cardiac event such as a heart attack. It requires prompt diagnosis and careful decision-making. Despite new drugs and medical devices, survival rates for patients experiencing cardiogenic shock remained at about 50 percent for nearly two decades.

About one-third of patients who have a pulmonary embolism (PE) will die from it. However, if it is recognized and treated early, most patients thrive.

ECMO. Short for extracorporeal membrane oxygenation, ECMO temporarily replaces the function of the heart and lungs. ECMO uses a device to pump blood into an artificial lung and back into the bloodstream.

Learn about our ELSO Award for Excellence in Life Support

Cardiac contractility modulation (CCM) is an innovative heart failure device therapy that improves the contraction of the heart – allowing more oxygen-rich blood to reach the body.

Impella® is a minimally-invasive, miniaturized ventricular assist device (VAD) and the world’s smallest heart pump. It supplements the heart’s pumping function, allowing the muscle to rest and recover in patients with depressed heart function and complex coronary anatomy. The Impella® device supports the heart during elective, high-risk and complex cardiac interventional procedures. It is used emergently for those suffering from life-threatening cardiogenic shock.

TandemHeart is a left atrial-to-femoral artery bypass system (small pump) that delivers a steady supply of oxygenated blood to the organs while decompressing the left ventricle (LV) to allow the heart's left ventricle to rest, i.e., reduce the heart's work.

Inova Holds the ELSO Award for Excellence in Life Support

Read More About Our Outcomes 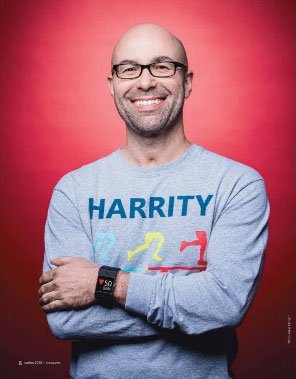 John Harrity survived cardiogenic shock because our dedicated shock team was there to make vital decisions that would ultimately save his life.
Read the Story

Recovered heart patients reunite in celebration with the IHVI team members who helped give them the meaningful quality life they enjoy today.
Clinical Excellence 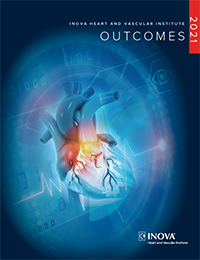 Inova Heart and Vascular Institute offers patients the highest level of evidence-based cardiovascular care through our team approach, safety measures, quality, reliability and exceptional results.
Learn About Our Performance in 2021

Are You at Risk?

Find out If You Are at Risk for Heart Disease Through Our Free Online Health Risk Assessment.